This is a question we have received a lot lately, will there be inflation because the Fed lowered the rates?

It is too early to tell; however, all signs show no. Unless, the government continues its ineptness and does not respond to the COVID-19 effectively. Then, if they decide to make everything worse by treating the problem through printing more money, then yes, we will have inflation.

Inflation is the rising rate of prices of goods and services in an economy that goes up beyond normal levels and reasons.

How does Inflation Happen?

Inflation happens when the increases in production costs of manufacturers causing them to pass their higher prices onto consumers. Then, wages and other commodities also rise in response. It can also happen when a rise in demand for products and services, as customers are willing to pay more for goods and services.

How Did the Great Inflation Happen?

The great inflation or hyperinflation in the 70’s was caused by many factors, creating a synergy of a perfect storm for it.

Inflation is always a product of wars and tough times. However, when the United States went off the gold standard in 1933 to reduce the Depression and as a protection to consumers when creditors demanded payment in Gold. This started a series of events that devalued money. This was not a problem at first. However, after that, the Fed completely severed the link between the dollar and gold in 1971. This resulted in the devaluation of currency. When they started making money as “Federal Reserve Notes” that money had no real value; consequently, prices went up drastically. In addition, the more dollars that are in circulation, then the value of each dollar are worth less. Therefore, by going off the gold standard, our money had no true backing. It is just a promise to pay from the government.

If the government is strong and wealthy, it is usually okay with minor price rises. If the government is corrupt and or week like Mexico and Venezuela, then there is out of control inflation. In the 1970’s the US government was weakening in military, economic and political strength. It started to ease when the American people became fed up and elected a strong leadership in the early 1980’s. By strong, purposeful governance, which inspired a growing economy. 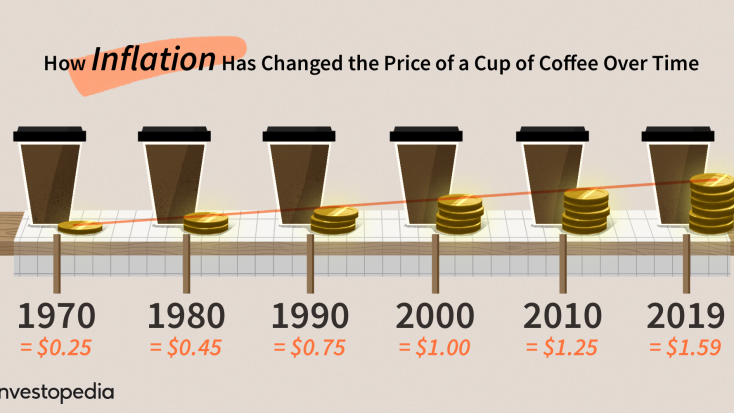 In addition, these other factors came into play:

All of this was overwhelming the American people, and this is what caused hyperinflation.  And, the true cause of inflation was the government’s response; worthless money because of no gold standard and then they decided to print more money!

How to effetely stop inflation and improve the economy? Simple, cut spending, stop printing excess money and go back to the Gold Standard!